No Result
View All Result
Trending 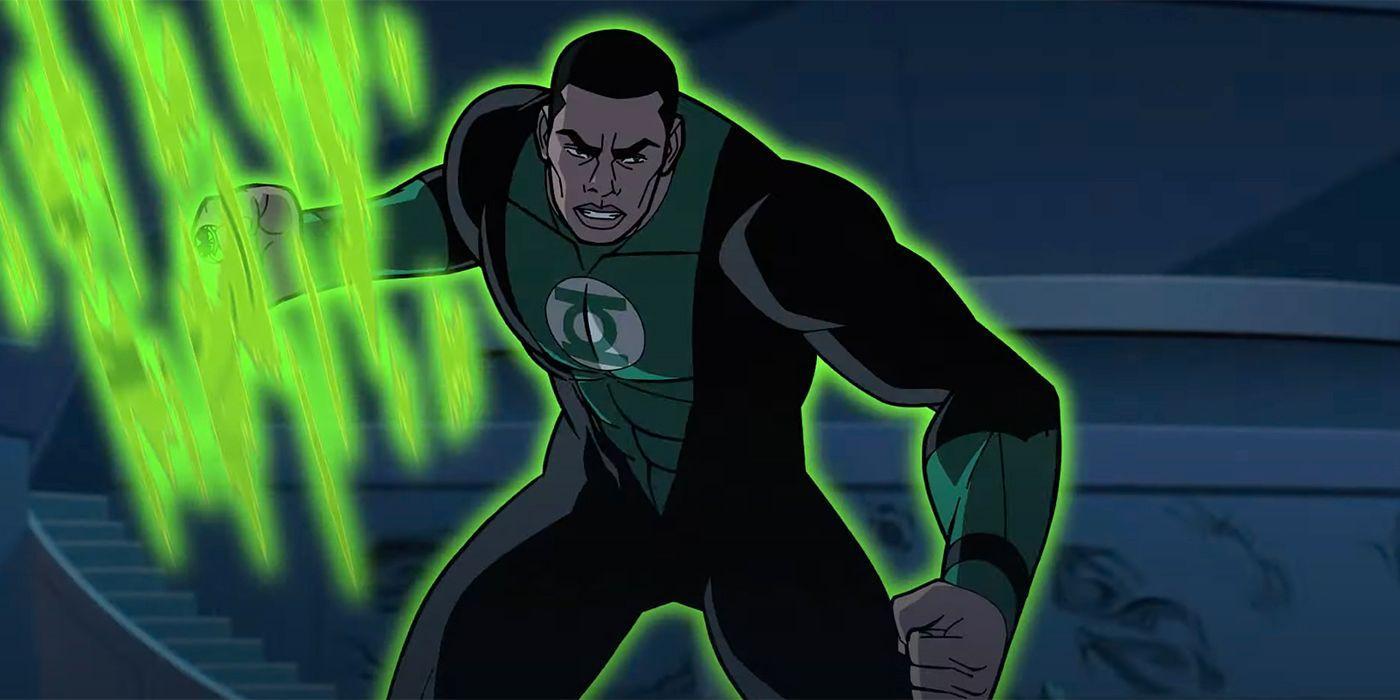 For those of us who dig Green Lantern stuff, it’s been eleven years since we were last treated to seeing a ringslinger in a headlining role, be it live action or animated. So far, Hal Jordan has taken the top spot in anything released to date – but that has finally changed.

Considering how multiple Green Lanterns hail from the planet Earth, it’s safe to say that everyone has their GL. Some may dig Hal Jordan, while others may prefer the likes of Guy Gardner or Kyle Rayner. Or, perhaps you may even favor Simon Baz or Jessica Cruz. But when addressing the generation who grew up with animated series like Justice League and Justice League Unlimited, John Stewart is most likely their Green Lantern.

And that’s the void finally filled by Beware My Power.

You see, John Stewart is front and center in the latest DC Universe animated movie. Voiced by Aldis Hodge, the tough-as-nails lightsmith gets his due in a picture that is as science fiction as it is “real.” To be more specific regarding the latter notion, the PTSD that comes along with a man who has already seen war (John is a Marine, don’t forget) actually does factor into the story that unfolds. It’s done rather respectfully, and brings an added dimension that hadn’t been explored in, say, JLU.

Basically, this is an origin story for this iteration of John Stewart. To my surprise, he’s thrust into a world where a Justice League already exists, Hal Jordan has already preceded him, and this story seems to take place in the same universe as Superman: Man of Tomorrow and Batman: The Long Halloween.

Staying on that track, I will say that Green Arrow, Hawkgirl, and Adam Strange factor largely into the story, with Martian Manhunter and Vixen also making cameos. This is truly an ensemble piece, and that comes as a double-edged sword. On the one hand, I’m sure many viewers will love seeing some of their favorite DC heroes teaming up and travelling the galaxy. But on the other, the guest stars sometimes made me feel as though this was a semi-Justice League movie that just happened to take place in the Green Lantern corner of the DCU. It’s as if studio brass think characters who aren’t Batman or Superman require sufficient backup in order to make money.

Those who are already familiar with my style of reviewing know that I try to avoid major spoilers, but as a critic, I have to address Hal Jordan without giving much away. In my view, he was done dirty. The filmmakers fell into the easy trapping of tearing down one character to prop up another. Now, they don’t commit outright character assassination as HBO Max’s Titans has done with Bruce Wayne, but you will know what made me feel indifferent when you come to that point in the film. If you’re well-versed in Green Lantern comics from the 1990’s – and swap out Kyle Rayner for John Stewart, for that matter – you know what I’m getting at and will see certain plot twists coming from a mile away.

Gripes aside, I’m happy to see John in the driver’s seat outside the realm of comics and am quite curious to see where Aldis Hodge takes the beloved character from here, be it in solo flicks and the inevitable Justice League team-up. Hodge makes John his own here, bringing a certain subtlety that juxtaposes the great Phil Lamarr’s legendary booming tones.

When it comes to bonus features, “John Stewart: The Power and the Glory” just so happens to be the best documentary I’ve seen on one of these DC animated Blu-rays in quite some time. I really enjoyed it. Apart from that, two classic episodes of Justice League – “In Blackest Night, Parts I & II” – can also be found on the disc. Unfortunately, there’s no preview for the next animated movie in the line, so I’m sure many diehard fans will be left scratching their heads just as I was.

In short, Green Lantern: Beware My Power is a worthy addition to the DC animated pantheon. It doesn’t eclipse 2009’s First Flight, but a solid foundation has been laid for what can be accomplished in this still-young continuity. But, if we do get another solo John Stewart movie, make the Justice Leaguers sit that one out and let Green Lanterns do what Green Lanterns do.

Though not perfect, John Stewart's first animated headlining gig should satisfy the majority of Green Lantern fans who have waited for this day.