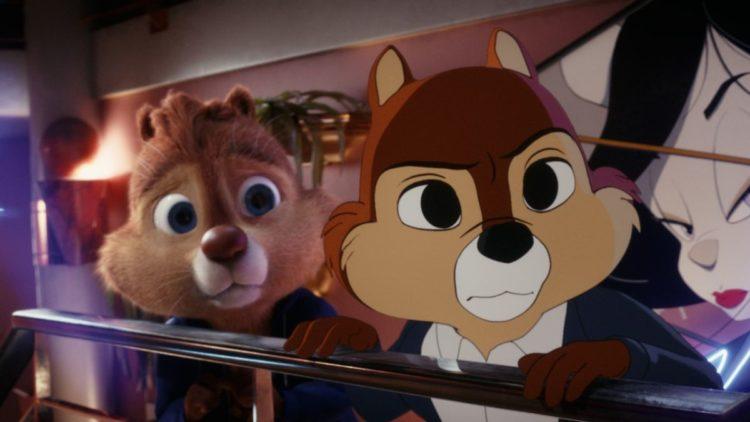 When the trailer for Disney’s Chip N’ Dale: Rescue Rangers (Disney+ direct to platform feature film) first debuted, it was hard to parse exactly what kind of movie it would be. It could have easily been labeled a clone of Robert Zemeckis’ classic ‘Who Framed Roger Rabbit?’, and yes, the parallels that can be drawn are many; “Beloved cartoon characters from the past teaming up with a human detective to solve heinous crimes perpetrated against the ‘Toon community”. It could describe either film, really. Hell, Roger Rabbit even makes an appearance in a flashback scene. Yes… this movie is at its worst, another ‘Who Framed Roger Rabbit?’ Clone, but at its best (and there’s a lot more ‘best’ than ‘worst’) this feels like a well polished, at times poignant, at times tongue-in-cheek, and at all times reverent dose of good old fashioned nostalgia.

I wanted to hate the casting of John Mulaney and Andy Samberg as Chip and Dale, respectively. They’re not the voices I remember from the original series. But that’s a part of what makes this film work. They are not the ‘Rescue Rangers’… they just played them on TV.  Mulaney plays Chip as a buttoned down, well settled into his new life, insurance rep. Samberg plays Dale as an affable D list actor trying to cash in on his fading celebrity. Even though it’s played mostly for laughs in the beginning, the rigid dichotomy between Chip and Dale creates a genuine tension and eventually makes for some of the more heartfelt moments in the film.

Eric Bana plays lovable adventurer Monterrey Jack as a down on his luck, strung out cheese junkie in a performance that bends Disney’s standards delightfully close to adult humor. The always impressive J.K. Simmons Injects Captain Putty with a blend of J. Jonah Jameson’s gruff mixed with Commissioner Gordon’s sincerity and just a dash of sadism from Whiplash’s Terrence Fletcher. Tress MacNeille’s Gadget is note for note flawless, and is impressive to see her land back into that voice so effortlessly. Seth Rogen is Seth Rogen, but in dead-eyed, polar express styled CGI Dwarf-form and Will Arnett hams it up like only he can, in his take as the villainous Sweet Pete. The rest of the voice cast is stellar, both in the delivery and in the fact that it’s a veritable who’s who of incredible talent; from Keegan-Micheal Key (Key and Peele), Flula Borg (Suicide Squad, Pitch Perfect), the voice of God himself Dennis Haysbert (Lucifer / Backstroke) and even David Tennet (Dr. Who / Jessica Jones) in a blink-and-you’ll-miss-it cameo as Scrooge McDuck. Coupled with veteran voice actors like Alan Oppenheimer (He-Man, Centurions) and Jim Cummings (Winnie the Pooh, Darkwing Duck) there’s more talent jammed into this movie than there really ought to be for a direct to streaming offering.

Director Akiva Shaffer along with writers Dan Gregor & Doug Mand crafted a buddy cop adventure filled with heart, humor and tons of fan-service throwbacks. This may LOOK like a kids movie, but this movie was for the adults in the room. 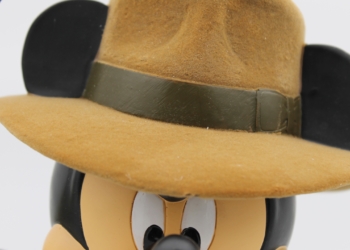 G.Q. digs into his archive of collectibles and brings out a souvenir from a California trip that he hasn't opened... 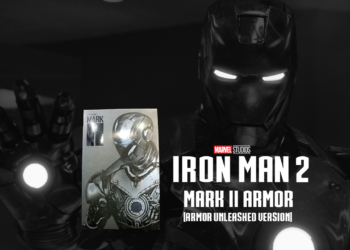 It's time for another Hot Toys unboxing from G.Q.!!