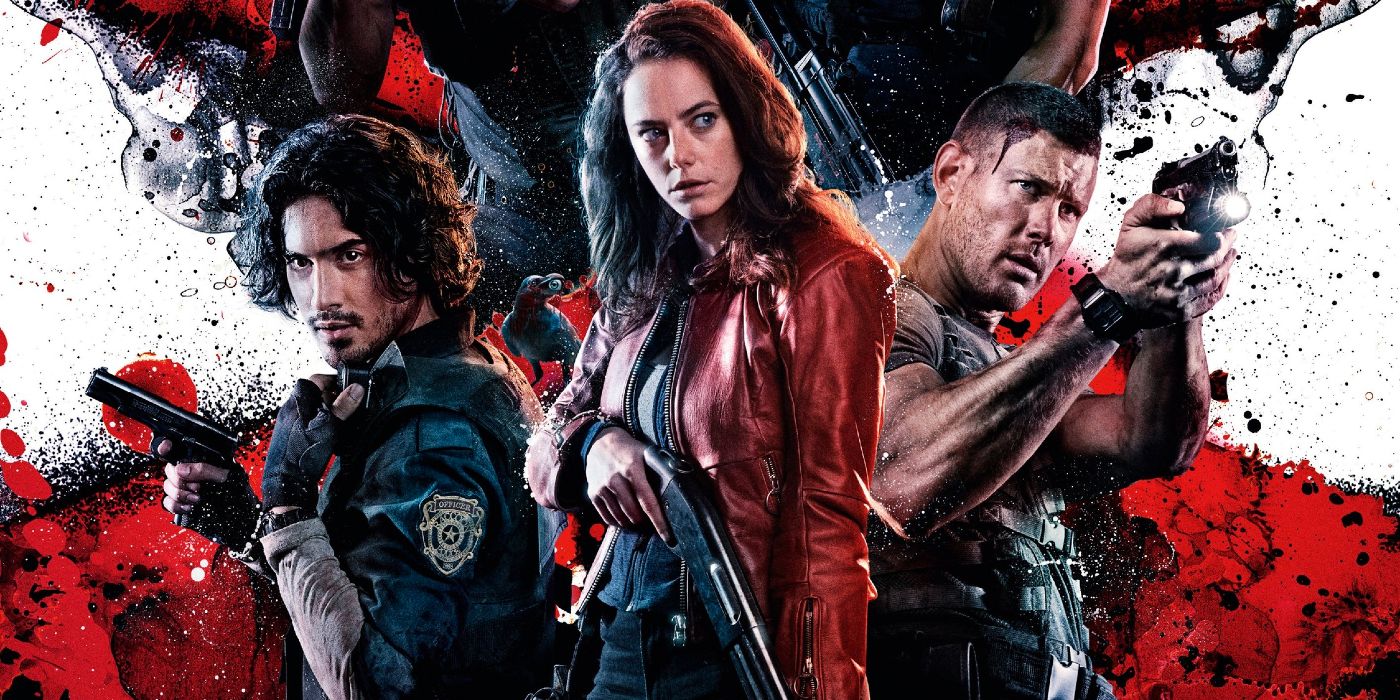 When I first fell in love with the Resident Evil franchise back in 1998, I was able to digest the franchise in multiple forms of media: video games, novels, comic books, and action figures. Of course, a movie was something I desired beyond belief. I had to wait until 2002 for the first silver screen effort to come along and, to be quite honest, I liked it. But what followed were five action-heavy sequels of varying quality, although I had never been treated to what I felt was a “true” Resident Evil movie.

You see, director Johannes Roberts has actually assembled a horror movie, taking inspiration from the likes of John Carpenter and using camera techniques very reminiscent of how the genre looked in the 1970’s. It’s a big departure from what Paul W.S. Anderson did, and I really dug it. The film has a very claustrophobic look to it, which makes the T-Virus infected zombies all the more intimidating. And they, too, have a new look to them, more so resembling folks who are horribly, grotesquely sick, rather than rotting, reanimated corpses.

What’s presented to us is a Resident Evil movie through and through. Make no mistake, it’s not a 1:1 adaptation and, quite frankly, I’m not sure something like that could actually work. Instead, Roberts has combined the first two video games’ narratives, with generous inspiration taken from their respective remakes. The result is by no means flawless, but he connected the two in rather clever ways that I’d rather not spoil. And speaking of spoilers, you’ll find only those of minor variety in this review.

Ripped Right From The Games

Basically, the Redfield siblings – Chris (Robbie Amell) and Claire (Kaya Scodelario) – are the backbone of the story, with Claire returning to the town in which she and her brother grew up. After trying to convince her brother something’s up with the Umbrella Corporation, the proverbial stool hits the fan rather quickly. Soon after, Chris, Jill Valentine (Hannah John-Kamen), Albert Wesker (Tom Hopper), and Richard Aiken (Chad Rook) investigate the Spencer Mansion in the Arklay Forest as the events of RE 1 play out, while Claire, Leon Kennedy (Avan Jogia), and Chief Brian Irons (Donal Logue) are stuck living out RE 2‘s scenario at the police station. Expect fan service galore all throughout, perhaps more than we’ve seen in any other video game movie. From Jill sandwiches to cues taken from the S.D. Perry novels, there are some deep cuts.

I guess the biggest compliment I could pay to this flick is that I truly felt like I was immersed in the world of Resident Evil. Said feeling had not happened to this degree with any previous offering. Perhaps it was the little things like including Emmy’s Diner, or seeing Alpha Team briefing at the RPD. I couldn’t believe that, after all these years, I was seeing Chris Redfield and company flying over Arklay Forest and walking into THE mansion. Speaking of which, the mansion and police station main halls are nearly identical to the video game remakes, but their layouts differ beyond that. Still, you will see similar set pieces and various other items that make you at least believe that you’re in those iconic locations.

Definitely Got Some Flaws

Like I said, this picture is in no way bulletproof. There’s something to be said about characterization. Most of the changes didn’t irk me, even though Claire is a little more of a hard ass than she should’ve been. But I’d say that she, Jill, and Chris were just fine. Wesker’s motivations are a bit different, as he’s not the absolute sociopath we know from the games. Regardless, his arc absolutely works within the confines of this narrative. And you’d better stick around for a mid-credits scene involving him.

It’s Leon, however, where the ball is dropped. I know Roberts wanted his character to evolve from rookie cop to the badass seen in later games, but he’s downright incompetent and comedic relief here. Somebody is always saving his bacon, not to mention him tripping and knocking his gun down the hallway when encountering a Licker. His video game counterpart may have gone on to explode heads with elbow strikes, sure, but his rookie self was more than capable. Don’t forget, that guy survived a zombie apocalypse almost entirely by himself. This Leon would be hard-pressed to survive a game of paintball.

Didn’t Quite Stick The Landing…

All that aside, that stuff’s not actually enough to knock points off an overall review score. What will, however, is the highly rushed third act. This has become a common criticism that’s entirely valid. My guess is that the filmmakers simply weren’t afforded the budget to recreate the NEST lab, instead opting to focus on the mansion and police station. Very little time is devoted to our heroes exploring Umbrella’s former home base, and I was caught off guard by how quickly they made it to the escape train. And the ending itself is rather abrupt. Hopefully an extended cut will make its way to Blu-ray, but we can’t be too sure of that.

Gripes notwithstanding, it’s recommended that all fans of the franchise give Resident Evil: Welcome to Raccoon City a chance. I really hope that a sequel comes to fruition, as Johannes Roberts has confirmed that several different entries in the gaming franchise have been discussed as possible follow-ups. As much as I’m sure that some folks would love to see RE 4 as the next adaptation, I’m not sure that moviegoers can get behind this version of Leon as a solo protagonist. Truthfully, the only logical choice from a narrative standpoint is to go with CODE: Veronica because, as stated earlier, the Redfields are the backbone of the story and the ongoing situation with Wesker must reach its logical conclusion. Get it done, Sony Pictures.

Though not without its flaws, Welcome to Raccoon City is easily the best Resident Evil movie to date.