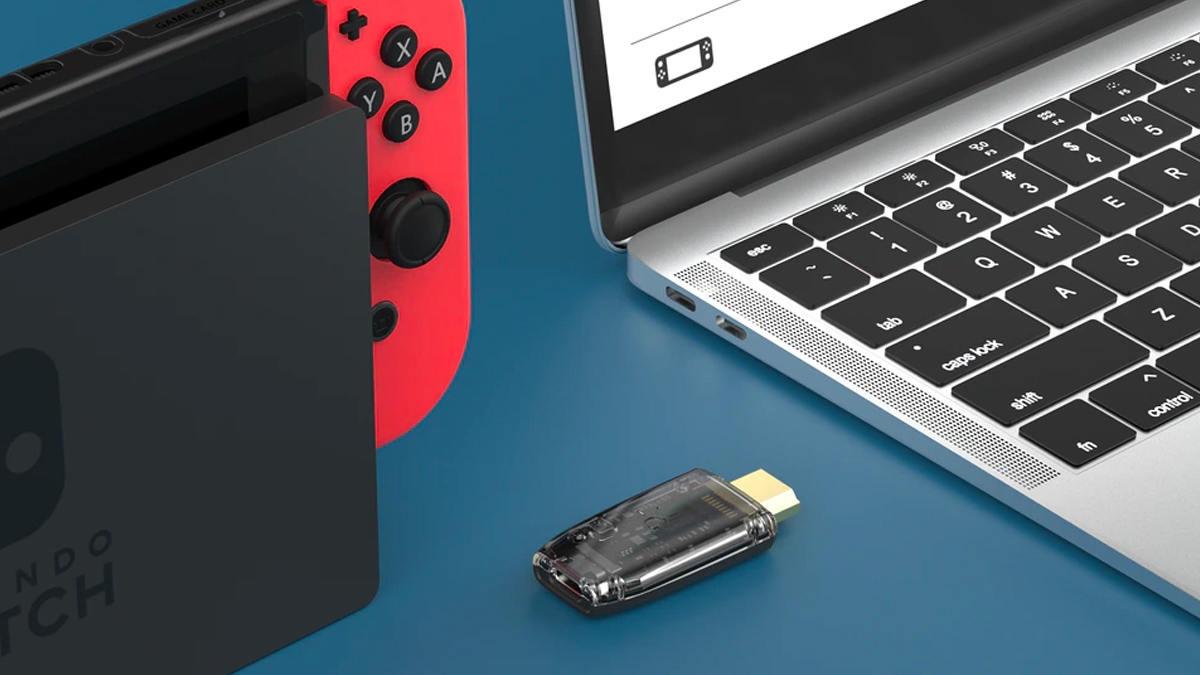 The package from Genki was clean and slick looking, including the device itself, a sturdy braided usb-c to angled usb-c cable, two stickers and an instruction manual that absolutely wasn’t going to get read…. If this ‘thing’ didn’t do exactly what that slick video said it was going to do, I wasn’t going to waste any time reading.

In a matter of seconds, my Switch woke from sleep mode and my still as of yet unfinished copy of Breath of the Wild emblazoned across my widescreen monitor.

TRYING IT OUT FOR THE FIRST TIME

The Genki Arcade app was simple enough to use, having barely an interface consisting of only 4 buttons that disappear once you stop wiggling your mouse: settings, screenshot, mic on / off and screen record. The app itself is a relatively small install and works windowed as well as full screen, allowing you to play your game while showing a strategy guide for BOTW that I definitely didn’t use to find that last piece of royal guard gear, honest.

So who is this thing for? The short answer is, that depends.

The ShadowCast has a few tricks up its sleeve that will definitely appeal to the more casual content creators; the ability to take high quality screenshots and video from the switch means never having to navigate the horrible built in video recording features Nintendo hobbled us with.  Also due to whatever magic they concocted at Genki, the ShadowCast is able to mimic a webcam and can be used as your video source during FaceTime and zoom calls, allowing for a nearly seamless multiplayer experience on games that don’t feature voice chat (read; almost NONE of Nintendo’s games utilize voice chat, and the majority of the ones that do, utilize the switch’s terrible mobile app to enable it)

The Genki ShadowCast also works with pretty much anything that has an HDMI out, with darn near zero latency, including DSLR cameras. Don’t expect the same quality capture of something like an Elgato hd60 though, according to Genki, the ShadowCast captures 1080p/30fps or 720p/60fps.  It also allows you to capture your video on an external app like OBS while playing in real-time and thus avoiding HDMI splitters and external monitors. Pretty nifty if you’re streaming from a laptop while on vacation.

If any of those features appeal to you, then yea… for about $100 cheaper than an Elgato camlink, this thing might just be for you.

And finally, if FOMO is your deal, Genki has a promo code (1-UP) that brings the current sale price down to the kickstarter pledge price of $39 with free shipping.