by Eric Joseph
in For The Culture
Reading Time: 6 mins read
0 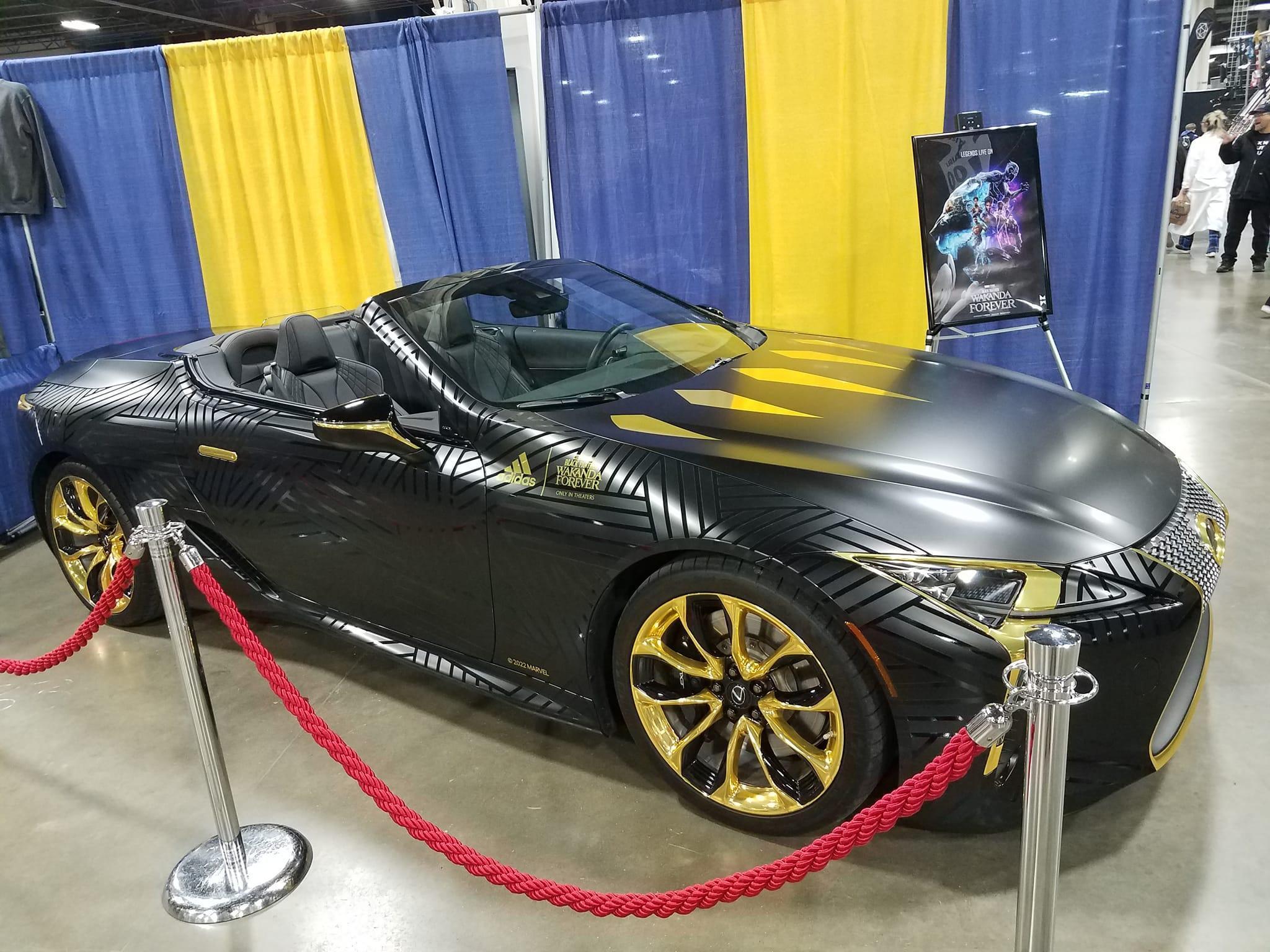 Those who have been attending Motor City Comic Con for a very long time can recall the days when the organizers rolled out two shows per year. I myself began attending in 2012, and there had been only one show per year in that time span – until now. Having said that, you can imagine my excitement to attend my favorite convention twice in one calendar year.

This special “Fall Edition” set up shop in MC3’s usual haunt, the Suburban Collection Showplace in Novi, Michigan. Taking place on October 14-16, many fans were wondering if it would be as large as the usual May show. I think there might have been a few less vendors than we would see during the springtime, but the entire showroom floor was utilized and there was certainly a lot to take in. I personally like combing the toy booths, especially looking for the latest DC figures from McFarlane. But if that’s not your thing, there were no doubt thousands of other collectibles to get your hands on, or even unique crafts. A friend of mine managed to purchase a Bates Motel key!

Of course, it’s the celebrities who help sell tickets to large events such as this. If I were to wager a guess as to whom sent attendees into a frenzy, Doctor Who alumni Matt Smith and Karen Gillan probably did a fine job of doing that. Gillan is especially a hot commodity right now, what with her Marvel Studios and Jumanji credits also under her belt.

Also on hand were shock rock legend Alice Cooper and horror icon Cassandra Peterson AKA Elvira. Complementing them as perfect fits for the Halloween season were Supernatural cast members Jim Beaver, Alaina Huffman, and Steven Williams. I actually got to briefly chat with Beaver and Huffman on Saturday evening, so keep your eyes peeled for photos of them in the accompanying gallery. And if family friendly flicks are more your thing, Hocus Pocus favorites such as Jason Marsden, Vinessa Shaw, and Omri Katz were also there, offering up a live commentary during a screening of their cult classic on Friday night.

Whenever I write an article such as this, I stress the importance of visiting comic creators and independent artists trying to break into the business. Without these folks, we wouldn’t have inspiration for the blockbuster films based on Marvel and DC Comics, let alone conventions to attend in the first place. They’re the genesis for amazing ideas and fuel the pop culture machine at large, so never forget to take time out of your weekend to hit up the tables occupied by these talented men and women.

On that note, I will say that I got some books signed by Yanick Paquette (Swamp Thing, Wonder Woman: Earth One) and Christopher Uminga (Batman’s Mystery Casebook), not to mention finally purchasing a beautiful Batman Inc. print from Paquette. When it came to locally based creators, I was able to catch up with the likes of Brian E. Lau (Staunch Ambition, Inferno City Firehouse), Michael DiPascale (Lady Death), Jason Moore (Batman: Haunted Gotham), and Kyle RISE Irving. Speaking of which, you might want to check out Culture Junkies’ live videocast in the very near future, as you may see some of those fellas on upcoming episodes. I’d also like to give a shout out to Sedat Oezgen, as I think he’s going to be a big star in the comics industry.

I invite you to browse the gallery below for photos of some of the aforementioned actors and comic creators, as well as cosplayers and cool sights from the showroom floor. Should you wish to attend the next event, know that Motor City Comic Con will return to the Suburban Collection Showplace on May 19-21, 2023.

One on One with Michael Rowe: Deadshot

Fan-favorite Michael Rowe talks about his experiences growing up in Canada, playing Deadshot on Arrow and his new movie, Tomorrowland

Comic Con is behind us now, but there's still so much to digest from the all the incredible happenings in...