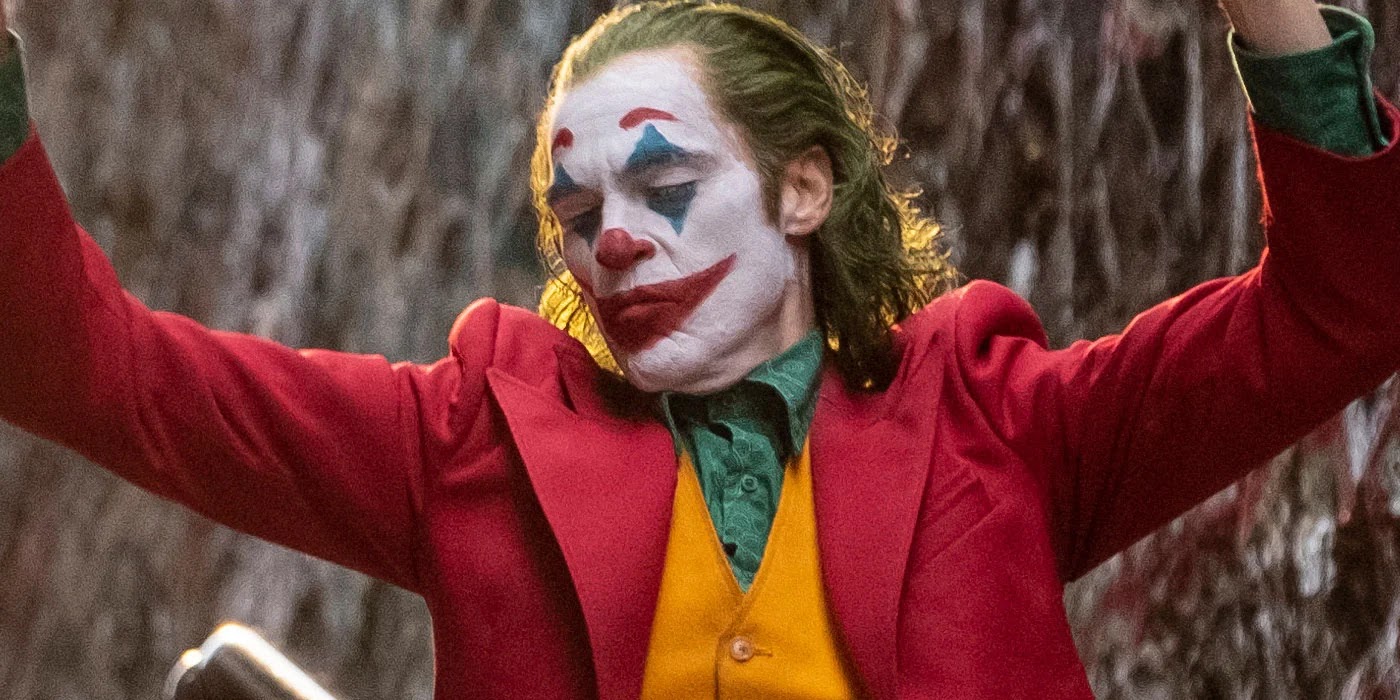 So let me get something out of the way first, I was not a fan of this movie being made. The primary reason being that an origin film for the arch nemesis of Batman is wholly unnecessary. Part of the allure of a character like the Joker is the enigma that is the Joker. No one knows the origin story of the deranged madman. In The Dark Knight, Heath Ledger’s Academy Award Winning portrayal gave us a Joker who told at least 3 different versions behind how he got his scar. To him, his origin was a complete whimsical story whose sparse detail served as another punchline to tell to his victims. Currently in the comics from which he sprang from, there is said to be at least THREE versions of the Joker, each with their own separate beginning that no one knows! There is no understanding his madness, and that’s what makes him work as a character. He’s not to be understood; He’s not to be reasoned with; He just is who he is, and that’s the joke.

Now with that being said, the movie has been made and Joaquin Phoenix was tapped to play the titular role. Most people were excited to see his take on it, and rightfully so. If any actor would be able to emote the character with the realistic trappings that Todd Phillips wanted to paint his canvas with, Phoenix would be it. Much has been made of the controversy of the creation of this film. Some argued that a film of this nature would be a rallying cry to white-male incels who view the world from a skewed perspective and believe that the world owes them a debt they refuse to pay. Some worried about potential mass-shootings being kicked off based on what happened in Colorado during the opening weekend of The Dark Knight Rises. Personally, people are entitled to feel how they feel. The shooting in Colorado was a horrific situation, and no one should go through a situation like that in life. Ever. However, I don’t believe we should stifle artistic expression simply because certain people lack better judgement. Perspectives should be explored, regardless of how painful they may be. In this regard, I feel Joker was very much needed, just not in the way you may think.

This country has a real problem on its hand in the form of mental illness awareness and treatment. Society has been far too dismissive of the plight of mentally ill individuals, preferring to shun them away, families electing to keep closely guarded secrets instead of dealing with difficult subjects. Mental illness touches us all, whether we like to acknowledge it or not. That’s what made the story of Arthur Fleck pretty compelling in my eyes. Phoenix is absolutely remarkable in the role of Fleck, who is very much a forgotten, discarded man. As we follow him through, we see how everyone loves to pass the buck in dealing with his condition and how the lack of funding to help keep him regulated set him loose upon the world around him. We also are forced to look at how we deal with whose we don’t understand. We subject them to physical and verbal abuse for things that are beyond their control which honestly can only serve to make things worse. As we follow Arthur, it is fascinating to see all of the ways in which he starts to slowly descend into madness when all he wants is to be treated kindly, not as subhuman, a throwaway…a freak.

The film falls short for me in the areas where Phillips’ lazily attempts to tie Batman’s own origin to Fleck via his relationship with Thomas Wayne. The film is much better served without the loose comic book ties it has. Replacing Gotham City and Thomas Wayne with any other city and billionaire would not affect this movie in the slightest. It would be the same film, and I can only hope some YouTube content creator actually does a recut and show how little all of those details mattered to the overall story. Phillips’ own comments betray his feelings about the comic book medium and it shows. He even pokes fun at Batman’s original origin by showing the Wayne’s taking their young son to see Zorro The Gay Blade, when they actually took him to see The Mask of Zorro. Todd Phillips wanted to make a film about mental illness, our lack of awareness of it, and the repercussions of such actions on the people we ignore. Yet, nothing he did was original. He closely channeled the classic film Taxi Driver, down to casting that film’s star Robert De Niro, and pitting him in a role opposite to one he played in The King of Comedy. The story beats were largely the same found in the mixing of both films.

I feel its not right to judge this as a comic book film, because it doesn’t even attempt to embrace what the source represents. It does an even poorer job at trying to be a “comic book” film than Christopher Nolan’s Dark Knight Trilogy of films. When you judge it as a film devoid of comic book origins, it fares a lot better, yet it still has its flaws. The other thing that lessens its potential impact is that Todd Phillips has no plans to make a follow-up, preferring instead to have the film stand alone as a think piece for the viewer to interpret. I can rationalize that thought, but I can’t help shake the feeling that something really special could’ve come out of this with Phoenix’s portrayal, but this will never come to pass. Which leaves me feeling even more upset that the film exists. If this film was not going to embrace the aspects of its comic book history, and now we’re almost certain to be subject to another director’s interpretation of The Joker, then what was the point of this film at all?

An incredible performance from Joaquin Phoenix shed light on mental illness, yet fails to deliver on potential with no follow up forthcoming, Joker is a fascinating, yet unoriginal character study on a man's descent into madness.