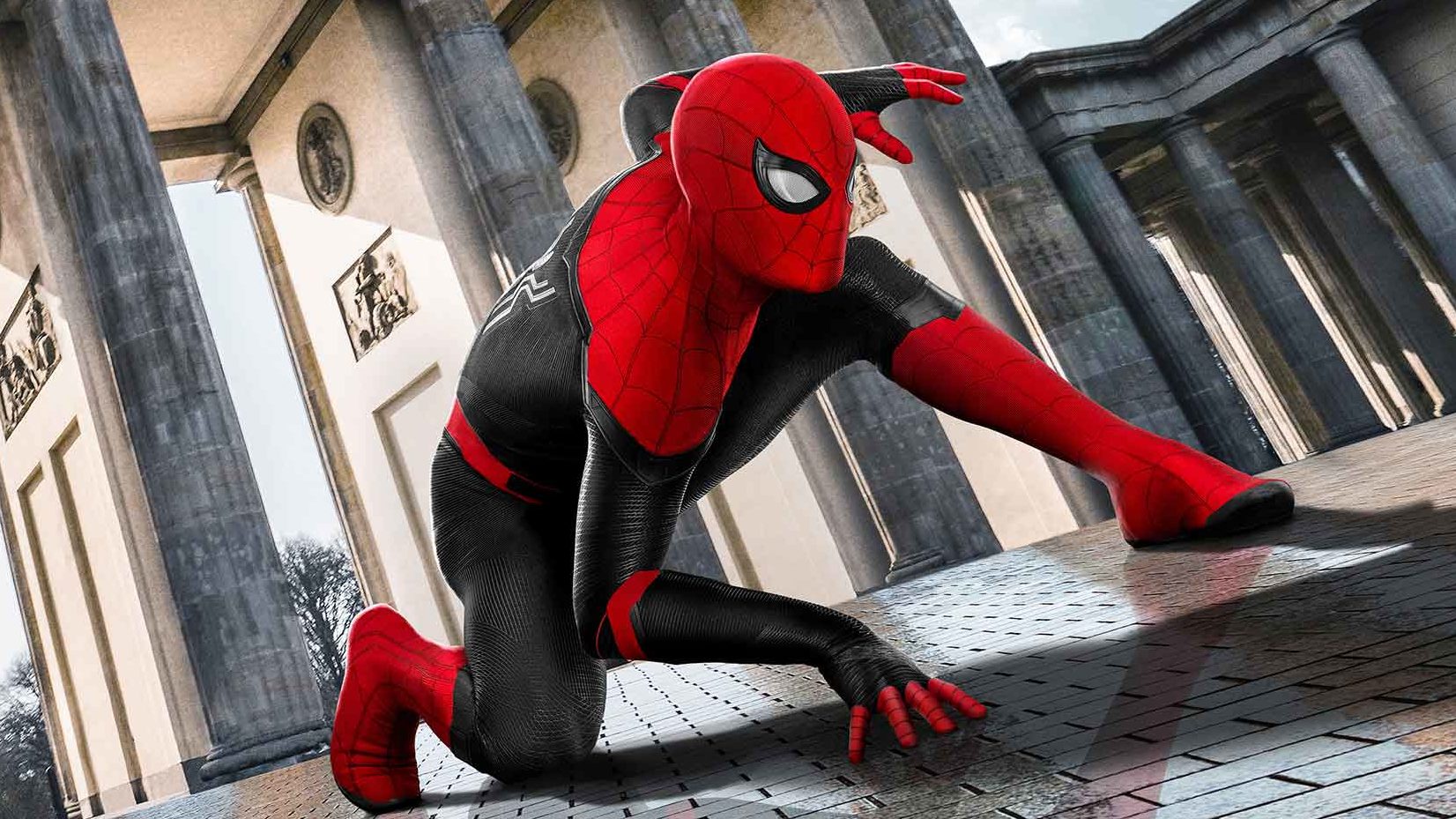 Reasons why you shouldn't be losing hope that Spider-Man is out of the MCU.

Of course, much like everyone else, I was very caught off-guard by the announcement that Spider-Man’s future in the MCU was in danger. Coming off the heels of Spider-Man: Far From Home making more money than any Sony/Columbia Pictures film EVER, this reeked of hilariously terrible timing on both Disney and Sony’s part. Of course, I read the Deadline report concerning the deal falling apart over money. I also read the io9 follow-up piece stating that all hope wasn’t loss. We saw Sony spin this to The Hollywood Reporter that Disney was completely at fault, seen Sony’s stock plummet the very next day, read Twitter feeds, watched YouTube videos…the whole internet was consumed with all things Spider-Man!

Yet the more I thought about things, the more convinced I became that we’re being subjected to possibly the greatest, orchestrated PR stunt in modern history. It’s become pretty clear to me that both Disney and Sony are working together to pull off a huge joint announcement at D23 Entertainment Expo which just so happens to be going on this weekend!

The Stars Themselves Took To Social Media

The first sign I had of things being off with this whole thing, was the reactions of the stars of the MCU. The first shot across the bow came from Hawkeye himself, Jeremy Renner, who made a post to his social media about wanting Spider-Man back, with the bow and arrow emoji, along with the very suspicious #congrats. First of all, what’s he congratulating? A huge new deal? Could be that certainly, but isn’t it more than a little bit ironic that the actor known for portraying the sharpshooting Hawkeye is firing the first shot at Sony on social media?

Next, came the response from Spidey himself, Tom Holland, who recently celebrated getting a new whip on his Instagram, but followed that up by UNFOLLOWING Sony on social media. Petty, sure, but again these are professional actors. Petty behavior, especially when it could affect their overall bottom line isn’t exactly the smartest thing to do in this instance. This was when things really started to come to a head for me, and when Zendaya followed suit and ALSO unfollowed Sony, I new for sure something was up.

As I just stated, professional actors don’t make it a habit of doing things on social media at random. Their accounts are meticulously controlled, and yes, especially those obviously orchestrated ‘leaks’ that Tom Holland and Mark Ruffalo have been accused of over the last few years. The studios OWN their social media. There’s nothing that happens in regards to their roles they play on social media without being cleared by the studios FIRST. You can take it to Uncle Scrooge’s Money Bin that a studio as clandestinely secretive as Disney is not in the habit of letting their stars get loose about anything concerning their projects. Nothing happens without them wanting it. NOTHING.

Lest we forget that after a epic, historic summer movie season for Disney, which Sony definitely benefited from, many fans were stoked to hear what was next for the Marvel Cinematic Universe, especially after the mid-credits scene in Far From Home that totally upended Spider-Mans standing with the world at large. We got a small sampling of this at Comic-Con International at San Diego when Marvel Studios once again blew the doors off of Hall H. Curiously, there was ZERO Spider-Man announcements, which was very odd given that the movie was tearing up the box office at the same time the Hall H presentation was going on.

I figured that maaaybe they were just holding stuff back until D23, which happens this weekend. Then the announcement came that Sony & Marvel were arguing over Spider-Mans future. Which seemed like a terrible thing to do since they had just announced the re-release of Spider-Man: Far From Home the day before! Why would Sony purposely ruin their chances of increasing their box office take by telling the entire world that they were ending their relationship with Disney and Marvel Studios? Naturally fans took to social media and voiced their extreme displeasure with Sony Pictures over the seemingly callous announcement at re-releasing a film that became their highest-grossing film ever (thanks to King Midas aka Kevin Fiege) a day after setting geek hearts aflame! It made no rational sense whatsoever.

But then I got to thinking. The scheduling of all of this was starting to lineup for something extremely big! Over the course of two weeks we were going to get the D23 Entertainment Expo on 1 weekend followed by the re-release Spider-Man far from home on Labor Day weekend which is next week. What would possibly make both Disney and Sony think that now was a great time for them to publicly announce their split unless they had something greater up their sleeve.

This is all adding up to something big!

See, there’s no way that anyone can convince me that we aren’t all falling victim to one of the greatest manipulations of the media that we’ve seen. The current sitting president is a master at it, and Disney themselves are very adept at using all forms of media to stir up interest in their properties. The very announcement that Sony and Disney were unable to come to agreement on a new deal concerning Spider-Man would never have leaked to the media unless they wanted it to. At first it was my belief that Disney had leaked this information in order to coax Sony into an even sweeter deal, as the initial reports left me feeling that Disney was strong-arming them, leaving Sony no choice but to give them a hard no. Lastly there was the banner that happened to be shown at the location where 23 is going on this weekend.

Featured quite prominently in this banner would be three major characters from the Marvel Cinematic Universe: Iron Man, Captain Marvel, and as you can see Spider-Man! Were Sony and Disney truly ending their relationship, Spider-Man would not be on that banner. Disney promotes from within and they are not in the habit of promoting properties that they do not have a stake in. Remind yourselves of how poorly they treated the properties owned by Fox prior to them falling under the Disney umbrella. The X-Men and the Fantastic Four both were treated like redheaded stepchildren and Marvel distanced themselves from the properties i all forms of media. Granted Spider-Man is a much different beast than those aforementioned properties but precedent has been set.

In summary, all I’m saying is that we’d all better buckle up for a potentially Unforgettable weekend leading into a celebratory Labor Day weekend. Im no clairvoyant, nor do I have any sources to cite or quote. I’m just a dude who sat back and watched things play out the past few days. Do you believe that Sony and Disney are really splitsville? Or are we all being played like puppets on a string? Let me know what you think in the comments. 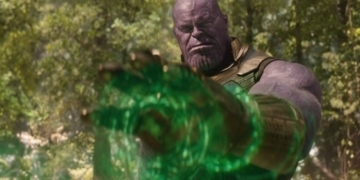 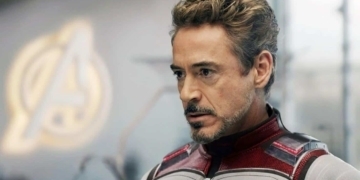 Star Wars Ain't Dead Yet Y'all!

This Marvel artist’s take on Dragonball is… interesting

Sony’s pimp hand is stronger than yours!

Death Stranding might be the most amazing thing ever.

Alita: Battle Angel trailer drops tomorrow after over a decade in production!