FFVII, Gears Tactics, and another Ghost of Tsushima trailer to drool over. 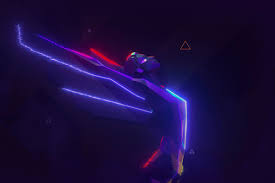 So The Game Awards 2019 wrapped up not too long after i started writing this, and one thing really stuck out to me: the absolutely stunning lack of attention on the actual awards themselves. This might be the awards show for the ADHD generation! There’s no long lingering shots of the dev team, no teaser footage of the games up for awards, just Geoff Keighley rattling off nominees and blam! The award goes too….no suspense, just the straight announcment, some cheers and maybe a quick acceptance speech theeeen back to more game trailers, product reveals (HOW BOUT THAT SHOE BOX XBOX HUH?) and celebrity guests.

I mean hey, its cool, I get it. No video game player really actually WANTS to watch an awards show. We want to feed our addiction to games by seeing what’s coming up next. There’s definitely something to be said for an Awards show that knows its audience well enough to dispense with the pretense of trying to be something its not. Still, I can’t help but long for some measure of presentation…some theater…some suspense. Like the eSports Team of the Year award was given away during the preshow! There’s no profiles on the teams, why I should care about any of them and no time in the spotlight for these people who compete and entertain the masses around the world with their digital exploits. I hope next year they get around to doing that.

Anyways, the stuff they showed was eye-popping and if you haven’t yet, you should really look at some of this stuff. So here’s what stood out to me from this years’ show:

Sure, you’d have to be living under a rock to not know about this game, but I haven’t talked about it here on the site yet so bear with me. This might be the best RPG ever made flat out…again! Like the original FFVII is considered already to be the best JRPG of all time, but for the remake to complete outdo it, its amazing! I mean its been 3 generations since the original game…the kids who originally played it when they were young, now have kids of their own and another masterpiece is about to come about! I’m incredibly excited for this!!!

The game I never knew I needed! A freaking Shark simulator! The game is so ridiculously fun looking! Swimming around an open world and doing your best JAWS impression. Sleeper selection for me!

One person on the net termed it the Sekiro: Shadows Die Twice of China. Looks interesting enough and I’m a sucker for anything set in the Asian warrior culture.

Ahh man! A tactical game based around the Gears franchise!!! What TOOK em so long to come up with this idea! Final Fantasy Tactics is one of my favorite games of all time, but I have also loved the XCOM action tactics games, both the original and the recent remakes published by 2K Games. I must’ve been sleeping on this since it was originally announced last year, but this definitely has my attention as well! Imma need a damn loan to buy all these games I want to get!

A PS5 SIGHTING. Well kinda. I mean this is one of the first games I can recall that has been newly announced for the PS5 and its a brand new IP to boot! Godfall is being termed as a “looter/slasher”, so I suppose that means lots of running around slashing foes who will be dropping loot. Ah, who cares! It’ll be on PS5 so i’ll be keeping an eye out on that for certain.

Man listen….this game had me DROOLING a couple years ago at E3. The visuals, the gameplay, the music!!! AHHH! I HATE that we have to wait until next summer to play this game! But…an even bigger problem is, can I manage to hold off not playing it until the PS5 comes out…or will I just buy it twice? Decisions decisions!

What’d I miss from The Game Awards 2019 that I should be looking out for? Let me know in the comments! 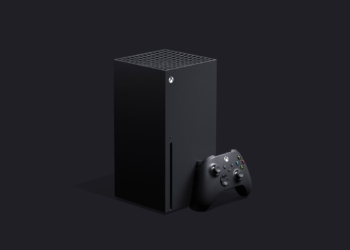 The New Xbox looks…like a box.

The New Xbox looks an awful lot like a shoebox you'd put your Jordan's in. 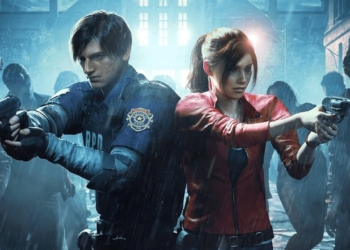 Ahead of tomorrow night's The Game Awards program, the Culture Junkies take a look back on the best games that...