Gotham [New], Sept. 22 Highly anticipated – but will it deliver? I’m excited to see the villains before they were villains. I just hope this show can deliver the goods and not be a huge disappointment. Everyone is interested, so the bar is already set really high for the show.

In September of 2013, we found out that there was a series based on Gotham that was in development. Many fans were excited for a number of reasons, myself included. Some of us thought that it was going to be based around the excellent book Gotham Central that focused on the officers of the GCPD living and operating in a Batman world. The hopes were that the focus would be squarely on those people, but make mention of the exploits of the Bat and even maybe having a couple of cameos. Those hopes were dashed when the show was announced to focus on Jim Gordon’s rise through the ranks and attempts to clean up corruption within the GCPD. This as a premise on its own was actually pretty good. It’s just too bad that the show runners managed to muck up a simple concept by succumbing to the pressure to cram in as much of Batman’s 75 year history into the show that they could.

As with any rookie show, you could expect some uneven plots as the show tried to find its legs. Gotham is full of those examples: uneven pacing, contrasting tone, pointless characters given little to do. By contrast, The Flash has been amazingly adept at avoiding these pitfalls, and has raced out front of just about every other comic book based property on TV. Gotham’s greatest strength, the rich history of Batman and Gotham City, has also proven to be its biggest pitfall. You have some really great characters that have emerged in this season: Fish Mooney (Jada Pinkett-Smith really owned this new character), The Penguin (played brilliantly by Robin Lord Taylor), Don Maroni and Carmine Falcone, and Harvey Bullock (played with ablomb by Donal Logue). This collection of characters exemplifies what Gotham does well, which is the mob war between The Maroni and Falcone crime families, the ambitious underbosses like Penguin and Fish, and policemen with dubious character records like Bullock and Arnold Flass. They keep the viewer intrigued, and wanting to see more on their storyline. Yet, when momentum builds during the episode….they abruptly shift focus to other characters that ruin the pacing of the show.

A show that is supposed to focus on Jim Gordon, seemingly can’t help but shift focus heavily to young Bruce Wayne at times. Not only Bruce, but other young children who reside in Gotham such as Selina Kyle and Ivy (who may or may not grow up to be Poison Ivy). To me, this has been one of the weaker points of Gotham is them focusing on characters who can’t greatly affect things in Gotham City for a number of years. Numerous times, I’ve found myself wishing that Bruce would find every excuse to leave Gotham for a while and start his training abroad. He’s a 12 year old kid and somehow HE’s supposed to tackle the corruption from within Wayne Enterprises? I find Alfred to be the only bonus that we get from the inclusion of Bruce Wayne in the show. Not to say that young David Mazousz hasn’t shown flashes of acting talent, because he has, but sometimes Bruce, and often the other children in the show, seem to be thrown in out of obligation.

Speaking of weak characters, what in the hell did they decide to do with Barbara Kean? A character who started the season as Gordon’s fiancé has steadily devolved to a detestable character who cheated on Jim with a woman who was actively investigating him, leaves abruptly and runs back home to her parents, reappears back in town only to cause problems and eventually have a psychotic break, driving her to be homicidal. According to Batman lore, Jim Gordon marries and has children with Barbara Kean (Barbara and Jim Jr.), as it stands, I see no reason why Jim would EVER marry this crazy loon. Instead he’s being pushed into a relationship with the saucy Dr. Thompkins (Morena Baccarin), and no one would blame him for it in the slightest. Yet, it’s still pretty off-putting that Barbara as a character, was given very little to do to grow into someone worthy of being with Jim in the first place.

Then there’s the pressure to work in as many of Batman’s rogues as they can, some of whom won’t appear until some 20 years later in the Gotham world. Some work better than others. Having Edward Nygma as a GCPD CSI is really good. Having Jonathan Crane be a byproduct of a crazy father, also works well. Teasing the Joker or a very loose hinting at the Joker, seems out of place. Early hints at season 2 say that Mr. Freeze, Clayface and The Mad Hatter are coming, but the question should be asked…why? Why introduce these villains, who are supposed to be handled by Batman routinely, with an origin well before Batman can fully transition out of puberty? This is my number one gripe with Gotham as a show AND as a premise. There is so much potential there for them to create new directions, new narratives without them having to tie themselves to previously established lore. Battling corruption, especially when it starts at the top of the governmental chain with the Mayor and current Police commissioner, should give Jim Gordon plenty to fight and struggle against for a few seasons. If that didn’t prove enough, it would be attempting to wrest control back from the mobs who are part of the culture of Gotham, however now that the fates of Maroni and Falcone were revealed in the season finale, that avenue is permanently closed off to us.

I’m left lamenting at the what-could-have-been’s with Gotham. Because despite evidence to the contrary, I really wanted this show to work. I thought it was ambitious, and the production values are incredible, which makes the results all that more disappointing for me. The show, narratively, could be so much more than what its uneven pacing, and rushed character development has shown us. As Season 2 comes around, and with the subtractions of Fish, Maroni, and Falcone as major players I’m afraid we’re going to be left with a worst-case scenario: A Batman show without Batman, when it should be a police procedural set in a world WITHOUT Batman.

Agree? Disagree? Let me know what you thought about the first season of Gotham. 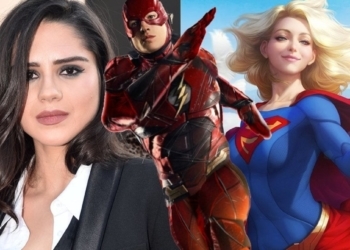