In a world, where Bruce Wayne is an Asian-American… 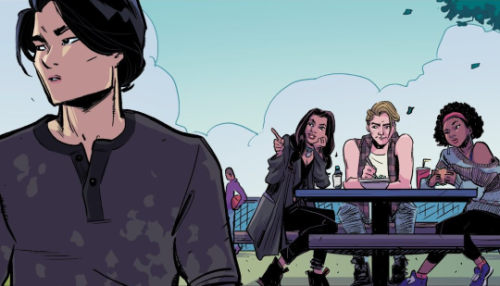 First, let me say that Representation matters. Everyone as a kid growing up, wants to idolize heroes that reflect who they are inside. For me, growing up I had few black heroes to look up to in daily public media that i consumed. I had Winston Zeddemore in Ghostbusters, Black Vulcan in Super Friends, Roadblock in G.I. Joe and not a whole lot more that you’d see on TV. The only lead black character that I can clearly recall, is B.P. Vest from COPS. Because he was the leader of the squad you would think he was pretty important. Yet he was relegated to secondary status because his screen time wasn’t nearly as much as the other characters in the show.

Asian Americans had it FAR worse than I did. Their heroes depicted on TV were poorly executed caricatures, because they relied heavily on stereotypes bordering on the offensive. Were it not for The Amazing Chan and the Chan Clan, all of them were relegated to secondary roles. With the explosion of Anime as a medium that’s slightly changed. This hasn’t translated to American/Western Comics nearly as much however. In Western Media according to Andy Defrancesco, Asians are still portrayed in a stereotypical fashion, be it as Ninja, Samurai or some riff upon that theme. DC Ink is looking to change that with a radical new take on one of the most popular superheroes ever.

DC Ink’s Gotham High graphic novel was released today. In it we meet Bruce Wayne, eh…you know the story already so I won’t waste time repeating it. What’s new in this spin on the old tale however is his parentage: Bruce is the son of a wealthy Thomas Wayne and Ma-Sha Dean, a wealthy, powerful Chinese woman who hailing from Hong Kong! As origins go, its certainly different than what we are used to because Bruce Wayne has always been portrayed as a Caucasian Male. It gets even better however. Ma-Sha, who renamed herself Martha after marrying Thomas, used her immense wealth to create Wayne Enterprises. Subverting the premise that old wealth and prominence is the sole domain of rich, white males. 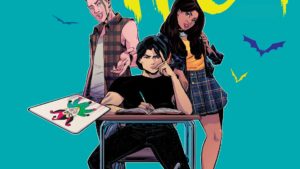 Young Master Wayne has arrived at Gotham High after being thrown out of more prestigious private schools. He reunites with his childhood friend, Selina Kyle, who serves as the narrator, and makes best friends with Jack Napier. THAT Jack Napier. The JOKER Jack Napier. DC Ink as an imprint is a young adult/teen publishing company so one should expect a copious amount of teen angst and drama. Early reviews of the book have been overwhelmingly positive however. This is still Bruce Wayne at his core: A capable fighter and talented detective. The only thing that has changed is his skin color. What else is new you might be wondering…well, Selina, the Latina former-rich girl, is in a Poly relationship with both.

The creation of the book once again brings up the subject of what kind of representation should exist. DC and Marvel has caught a lot of flak for appearing to cater to fans by making Token offerings. This can be seen in the switching of Spider-Man to an African-Latino teenager in Miles Morales, or making Kamala Khan the new Ms. Marvel. The most recent egregious example being the swapping of Nick Fury from hardened Caucasian Super Spy, to suave bald-headed African American. DC’s Generation Five initiative has been making headlines for what fans view as forced representation. Some even view it as the primary reason former Publisher Dan Didio was pushed out the door. 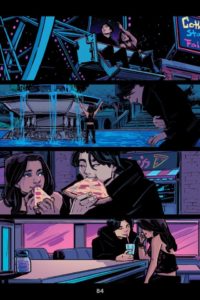 What matters most is that everyone: Black, Asian, Latino, Gay, Straight, Trans, etc. are accurately represented in media. Nothing makes a child feel better about who they are in the world, than to read or observe characters who look like them existing as normal people. Gotham High is certainly going to be a divisive take on a classic hero. Yet it’s important to see these things, as they will undoubtedly spur new interpretations in other media: comic or otherwise. Hopefully with more time, these kinds of things will not be as seen as controversial but normal in the eyes of the world.