Looking back on this year in Comic Books 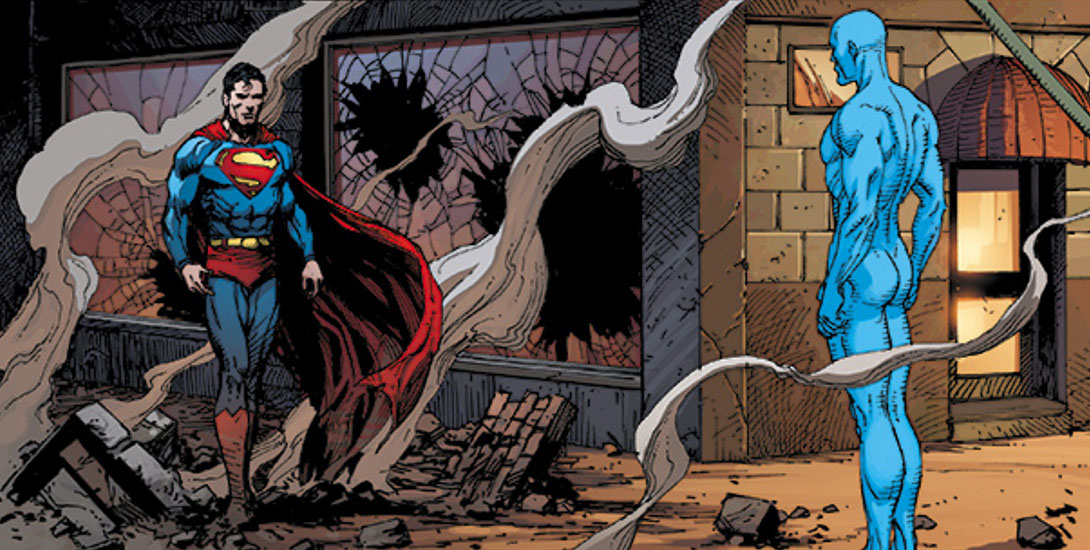 The end of 2019 is here, and I’ve been up to my neck in back issues of comic books. There’s been SO MUCH i have been wanting to read, that it seems almost impossible to keep up with them all. But i’m almost caught up to the weekly releases and maybe next year I’ll finally be ready to keep pace with the rest of you with a regular pull list of items to read and recommend to you.

But lets look back right now on the year that was. It was an especially big year for DC Comics who seemingly dominated this readers mind with the amount of quality stories they’ve been putting out across the line with the excellent Doomsday Clock maxi-series, the Year of The Villain story line coming out of Justice League and of course Tom King’s character-defining Batman run which ended in December. I’d also be doing you a disservice in not mentioning some of their excellent Elseworlds and Black Label books too. Of course 2019 also saw the surprise ending of The Walking Dead comic book, and the end of Jason Aaron’s epic run on Thor for Marvel. But let me go a head and run down what I liked and why this year.

Each book series is rated on a scale of 1 to 5 stars. Average score rating is based on issues individual rating.

Probably the most unconventionally popular monthly Marvel book currently out right now, The Immortal Hulk has completely rewritten the rules on how we understand The Hulk, Bruce Banner’s multiple personality disorder and how to weave a story based purely on grotesque, ghoulish superpowered horror. The book launched in 2018 returning the Hulk to life after being killed by Hawkeye a few years back, but turns out that Bruce Banner was never really dead and according to the story that head writer Al Ewing has been telling, he CAN’T die. Instead, every day when at dusk, Bruce transforms into a Hulk persona that is as strong as he is ruthless to his enemies, mercilessly dishing out destruction on all those around him who get in his way, or his agenda. Hulk is on the run from adversaries like Alpha Flight and General Fortean, and eventually joined by an African American woman reporter named Jackie McGee. (clearly a reference to the classic 70s Incredible Hulk TV show character Jack McGee) The story is never short on surprises, and eerily captivating art supplied by Joe Bennett. If you aren’t already reading it, you should pick up the first couple of trades ASAP and add it to your pull-list if you’re into gory violence and dark storytelling. Average Rating: 3.5 out of 5

Stop me if you’ve heard this one before: Mark Bagley draws Spider-Man. I mean the guy is only the longest tenured artist the Web-slinger has ever had, so the pairing goes over like Peanut Butter & Jelly. However, writer Chip Zdarsky (Sex Criminals) joins him in a tale of Spider-Man done in real-time over the course of 6 decades. Each issue taking place in every decade that Spider-Man has existed starting in the 1960s and ending in the 2010s with Spider-Man as a nearly 80 year old man. We see Peter living his life and decisions and all of the repercussions that come from them without being reset by a retcon. We see him get married, divorced, cloned, become a father, face being an outlaw from governmental law and more. Its one of the better Spider-Man tales in recent years, and worth picking up as a trade. Average Rating: 4.2 out of 5

DC’s Black Label is the mature comic line featuring your favorite DC characters, but you can be forgiven if you want to accuse DC of using it as an excuse to publish even more Batman or Batman-related stories given what they’ve got on their slate upcoming. Sure, there’s the occasional story like Superman: Year One, but looking at the upcoming stories, they’re almost all based on the characters from Gotham City. But even if that’s an annoying gripe for me, I must say that one of the more enjoyable reads has been Harleen which was produced by dual-threat artist/writer Stjepan Šejić. 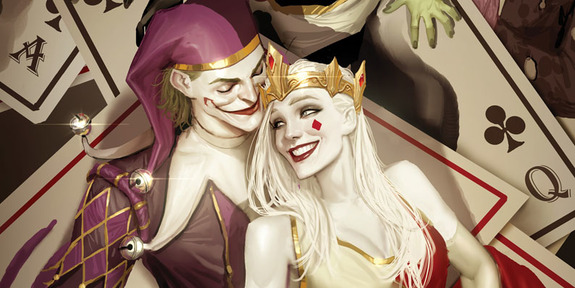 The art is absolutely lovely, but even more gripping is the tale of Harley’s origin done in long-form. Here we see what makes her tick, how she deals with the growing madness around her as well as inside her mind as she falls into the Joker’s thrall. If you’re a fan of Harley Quinn at all, its certainly worth a read, even if you’re familiar with her origin story. Average Rating: 4 out of 5

Mark Millar’s Millarworld is soon going to be churning out live action stuff for its new owner, Netflix. The first comic with actual ties to the live action version is going to be this book, Prodigy. Prodigy is about the most intelligent man on Earth, a man who seemingly can do anything within the realm of human possibility and he just happens to be an African-American. Its not a pandering ploy, since he’s a brand new character, but I can’t tell you how refreshing it was to have someone who looks like me, be the one who has the world at his fingertips, who is idolized and held up as an example of the pinnacle of human achievement. The story itself was somewhat predictable, but the manner in which the character Dr. Edison Crane is written is worth the price of admission if only because he’s something rarely seen in the history of comics: perfection in the form of the black male. Average Rating: 3.6 out of 5

House of X/Powers of X

In a year that saw Marvel finally reacquire the X-Men properties, we got the best year of X-Men related books this year, none better than the franchise altering mini-series by Jonathan Hickman. The revelations set in motion in this series radically alters the playing field for Mutankind in the Marvel Universe, fully emancipating them from a world that has continually kicked them just for simply existing. Hickman’s Avengers run was very fondly remembered by some, but did get a bit heady for some more casual readers. Hickman did an even better job keeping things paced here, even though he went back to the well with some of his favorite plot devices (alternate universes and time jumping). If you’re a fan of X-Men in any capacity, I’d definitely put it in my must-read column. Honestly, the reset of the universe done by sending the young X-Men back in Extermination, almost superceded this one, but the sheer coolness factor of it all had me switch it up. Read em both if you have a chance. Average Rating: Powers of X – 3.6 House of X – 4.5 out of 5 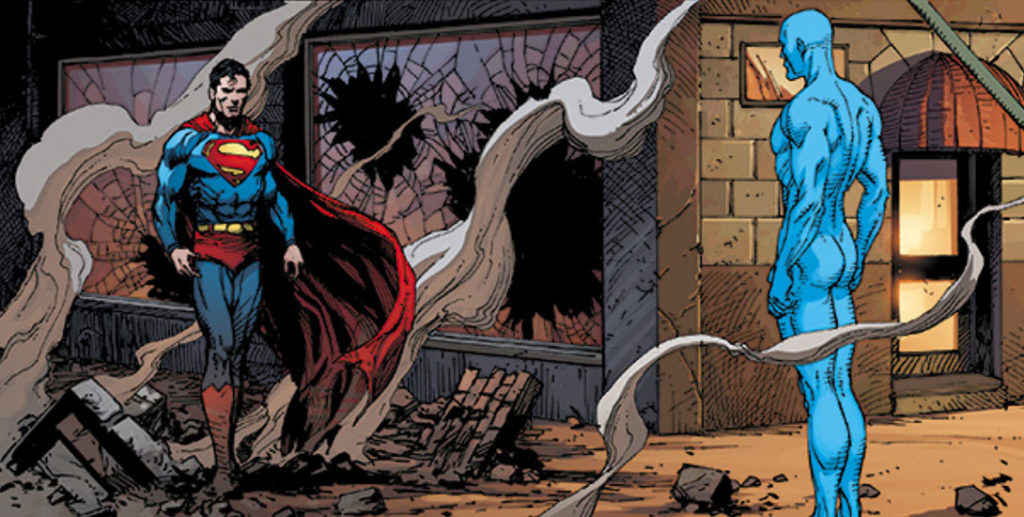 Honestly, this shouldn’t be too surprising. Despite having a hellish release schedule, this story was one of the better ones released by DC this year in a year that also included Tom King’s Batman run, and the Scott Snyder-led Justice League opus Justice League/Doom War. The final 6 issues of Doomsday Clock were supposed to seamlesslytie into a lot of the things that were happening with the aforementioned Doom War, so some of the more….radical elements of what happened lacked bite at the end, but it was a satisfying mixing of Watchmen and the DC Universe proper. There are some instances within where it seems writer Geoff Johns, who is one of my favorite comic writers of the last decade and a half, given his importance within DC Comics itself, is trying to have his cake and eat it too. He has pretty much established every single iteration of the DC Universe, Golden Age, Silver Age, Post-Crisis(Pre-Flashpoint), New 52, Rebirth, ALL EXIST, but the end result, re-positioning Superman as the center of the DC Multiverse, is very welcome for me as a Superman fan. The maxi-series release schedule may have made it a chore to wait for since it came out sometimes 3 months between issues, but as a trade it will make for a thrilling read. Average Rating: 4.1 out of 5

What were your favorite reads from 2019? Share them with me below and lets discuss!