What is one to do when the most dangerous person in your regiment is a person that was so terrible in their previous life, she pissed God off and got purposesly reincarnated as a blonde-haired, blue-eyed little girl with utter disregard for anything and anyone but herself and her own career. That’s the backdrop behind the new anime Youjo Senki aka Saga of Tanya the Evil. This anime is based on the light novel of the same name written by Carlo Sen and illustrated by Shinobu Shinotsuki that debuted in 2013. The manga is also known by Here’s a synopsis of the show.

On the front lines of the war, there is a little girl. Blond hair, blue eyes, and porcelain white skin, she commands her squad with lisping voice. Her name is Tanya Degurechaff. But in reality, she is one of Japan’s most elite salarymen, reborn as a little girl after angering a mysterious being who calls himself God. This little girl, who prioritizes efficiency and her own career over anything else, will become the most dangerous being amongst the sorcerers of the imperial army.

The anime is due to begin January 6, 2017. There is no syndication information available, so it is uncertain where you’ll be able to see it. What do you think of Saga of Tanya the Evil? Let us know in the comments below. 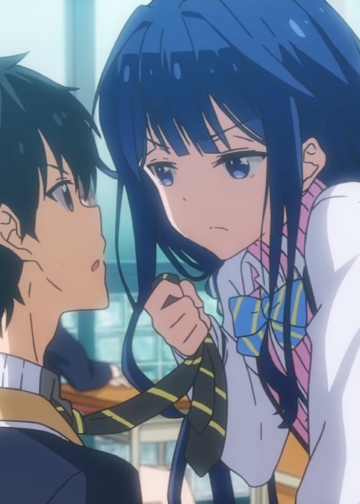 What's the best revenge you can get on a girl who calls you "piggie"? Become a handsome playboy and make...